Shopping Cart
Your Cart is Empty
Quantity:
Subtotal
Taxes
Shipping
Total
There was an error with PayPalClick here to try again

Thank you for your business!You should be receiving an order confirmation from Paypal shortly.Exit Shopping Cart

The Valley of the Shadow of Doubt

We all know about walking through the valley of the shadow of death, either from experience or reading about it in the 23rd Psalms, right? But what do you do when you're walking through the valley of the shadow of doubt? Yes. As a Christian, it is possible to sometimes doubt who we are in Christ. There are so many voices and choices out there to sway us emotionally, physically, spiritually, and mentally. A while back, the Lord gave me a word about not being led by Neuropathways. This is where we allow our emotions along with the past to drive and influence the decisions we make. It is easier said than done not to allow this to happen. But it is possible not to allow our emotions to drive us. Let me play on words here, the afore-mentioned but is a very big BUT when rooted and grounded in Christ. The Holy Spirit will lead and guide us so we will not succumb to fulfilling fleshly desires: Galatians 5:16 “Walk in the Spirit and you will not fulfill the lusts of the flesh”.

Now, I wish I could tell you that after this word I managed to walk the straight and narrow without veering to the left or the right, however, that is not the case. Sometimes I was overcome by feelings of loneliness and wanting to be loved. I often still feel as if the weight of life is crushing me, but I am convinced that this is a tactic of the enemy. According to 2 Corithians 4:8-12, we are hard-pressed on every side by our troubles, (whatever they may be) but not crushed. I’m sure you have felt this way in life too, if you have not, just wait, you will because none of us are exempt! The great thing that I have discovered is that in my lowest moments, that’s when I can see the imprints of Christ the most in my life, letting me know that He is with me no matter what: 2 Corinthians 1:9 “We felt we had received the sentence of death. But this happened that we might not rely on ourselves but on God, who raises the dead.” I’m so thankful that God can raise dead situations to life! As believers, we ought to know by now that our adversary is fighting for keeps. If you feel as if he’s been fighting you more than usual, at every turn, even though pressure never feels good, keep fighting soldier because that just means the enemy knows your worth. You are valuable.

We all have moments when we fall. But the righteous, when they fall, don’t stay down, they continue to rise, based on Proverbs 24:16. Moral of the message, keep getting up, no matter what. I want to end today's thoughts by telling you a true story. Yesterday, I went on a walk early in the morning with my mother. On the way home, we were involved in a deep conversation. There was a strong nudging within my spirit to turn around. As I turned around there was a menacing, vicious-looking, and fully grown German Shepard, running full speed ahead towards me in attack mode! Immediately in an authoritative voice, I commanded “No, In the name of Jesus!” The German Shepard halted instantaneously amid his run, turned around, and begin running off in the opposite direction. Later on, when we arrived home, the Lord reminded me that in our valley of the shadow of doubt, He has given us the power to say “No, in the Name of Jesus", to every situation that the enemy sends chasing after us and it has no power to stand against the power and authority of Christ: Reference Luke 10:19. We are victorious-no matter what! In other words, doubt has to leave because we have the power to take authority over every situation. 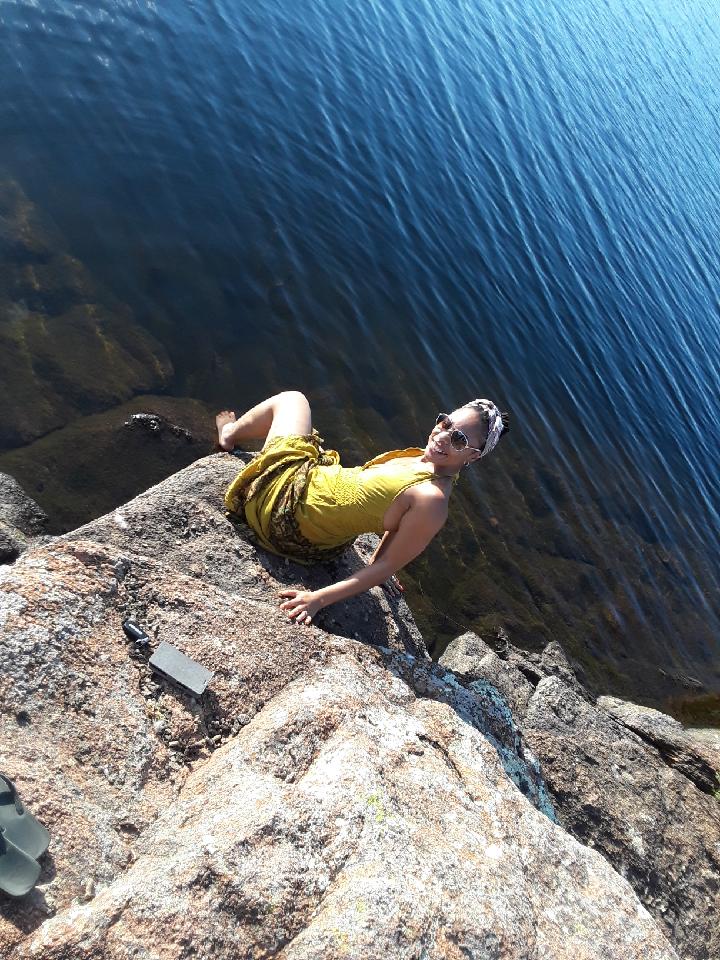